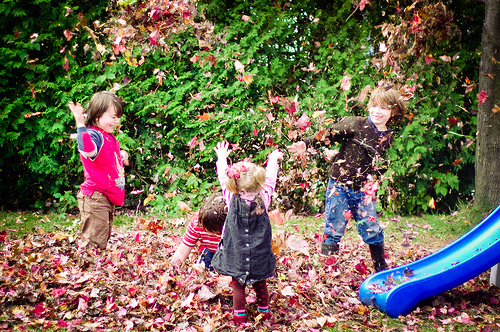 It is often a question that comes up in parenting, especially when you are co-sleeping, breastfeeding, baby wearing and especially homeschooling… How do you find Balance?

However, first things first. What is Balance?

A few years ago I hated the word. Going back to the origins of this blog, it was because of the term “balance” that I started. I was the host of an attachment parenting board on a very mainstream site and all over the board was the term “balance”. See, Dr.Sears was/is a big part of beginning “APers”, especially a decade ago when the components (babywearing, breastfeeding, co-sleeping, birth bonding etc) were not talked about and were not mainstream and resources were still quite limited. So being AP was often referred to as a “checklist” and was often about following the the 7 B’s. (OK… another reason I left is that I grew past the term AP) Of course one the Sears’ 7 B’s was balance. So, on the board and in other places, when the topic of co-sleeping came up as not working then in the name of balance, CIO was all of the sudden acceptable. When breastfeeding was tiring and a baby was nursing too often, then in the name of balance you have to wean or give a bottle. So, each time I saw the term balance it in relation to parenting it meant meeting a parents needs at the expense of the child’s needs. It was used as a what I saw as an escape hatch when things were not going as expected. Instead of changing expectations, and doing things a bit differently, it was a way to justify choices… and of course who can argue when someone says that it is done on the spirit of obtaining balance?

But that is not Balance… that would be what I call teeter-tottering… one or the other, all or nothing.

So again, what is Balance?

Wiki has a good description… “In the metaphysical or conceptual sense, balance is used to mean a point between two opposite forces that is desirable over purely one state or the other…. balance being the point that minimizes the negatives of both.”

And how do I find balance? More often than not, achieving balance for me, is not just about finding “me time” and doing things for myself but it is about changing my perspective about the whole situation to begin with. It is about accepting that compromise really does need to be both ways and that basic needs are non-negotiable.

So why is changing perspective the way to achieve balance? Because it is a way to not feel stuck anymore. When I feel stuck, the only way that I see to be unstuck is to do the opposite of what I am doing. But it is usually not the right thing to do. So, by challenging my perspective on things I am able to see  the alternatives that will minimize the negatives on both sides.

If I am feeling stuck that my newborn needs me 24/7, the expected answer might be that I need to get away from the situation by having “me time”. Black or white situation. One or the other. But for me that is not balance. If I step back and challenge my perspective I am able to open up to compromise. How can both my baby’s needs and my needs be met at the same time? When I find the answer, I feel relieved because I am not only no longer stuck but I feel balance.

Sometimes, there doesn’t even have to be an alternative solution and balance can be part achieved by solely changing perspective.

One example that comes to mind is baby sleep. In our society, babies are expected to sleep through the night, in their own space, by a certain age even though it is not biologically normal to do so. The expectation is there, and when that expectation is not met, then the parent feels stuck and feels that what they are doing is no longer correct (this often happens at the 8-9 month mark when all kids go through a rough sleep time). So, even though the parent might not have believed in it before, if they feel stuck because of their expectation, then the only alternative is to do the opposite. The thought being, I feel stuck in what I am doing so to achieve balance and feel unstuck, I need to do the opposite. But when I parent steps back and changes their perspective, changes their expectations, the unstuck feeling goes away and then it is no longer a black or white situation. The ‘problem’ might have other solutions or might not actually be a “problem” to begin with.

Another example can be “couple time”. Some people see that couple time is something that is done out side of the house, away from kids on a regular basis. If they don’t get to go out, then they feel stuck. They may even feel that not having that time will be detrimental to their couple. But, if you change perspective you may see that being a successful couple doesn’t need to depend on having alone time without kids. It doesn’t mean that it will never happen but it means that if it doesn’t it is not a big deal. There are many other ways to stay connected even if you have kids around. You can find balance by changing perspective.

Looking back at a few old posts…

this about achieving balance in the house without punishments and rewards by changing perceptions and expectations.

this one is about finding a balance between child-led living and authoritative parenting.

This is an old one (2005) and was in part a response to being attacked for being a SAHM in a ‘mommy war’ situation. I wouldn’t write it the same way and might very well rewrite is one day because the overall message is about finding balance and changing perspective to feel comfortable the role as mother. Defining a woman in our society…